Many of you have crossed paths with the Seamark throughout its’ life in a variety of ways. This page is dedicated to the life of the Seamark and its’ crew with many stories to be told.

If you have a memorable story of the Seamark, it would be great to hear from you, see our “Contact Us” page for more details. 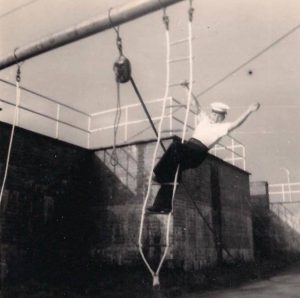 As a young Sea Cadet in 1959 I was given the opportunity to go for a ride on the Seamark on the first Saturday after its’ launch as the new Pilot Cutter for the Swansea area. Myself and one other sea cadet went along for this ride. It was quite an adventure. It was a choppy day out in the bay, and unfortunately, I became seasick and threw up on the beautiful teak foredeck much to the annoyance of the crew who were obviously very proud of their new cutter. It remained a fascinating day though, especially watching the pilots transferring from the cutter to the ships by way of the ladder hinged at the bottom to allow for the relative movement between vessels. The pilot would stand at the top the ladder and wait until the swell took the ladder up the side of the ship to allow him to jump off. I can't remember whether or not the pilot was attached by a safety line from the ship but there must have been some precautions taken. Having been seasick I was relieved when at last we came back between the east and west piers to the relative calm of the channel. A memorable day though, one that has stayed with me throughout my life.
John Williams 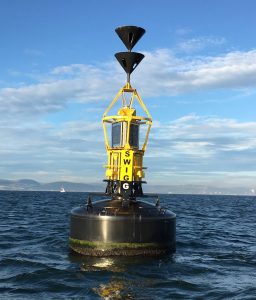 Two of us on the lifeboat were operational swimmers and on one occasion we did an exercise with the Seamark. I well remember the vessels anchored some distance apart somewhere off the Swigg buoy and I was asked to swim from the lifeboat to the Seamark against the ebb tide. They lowered a ladder over the side and I climbed aboard. Those were the days!”
Carl Smith